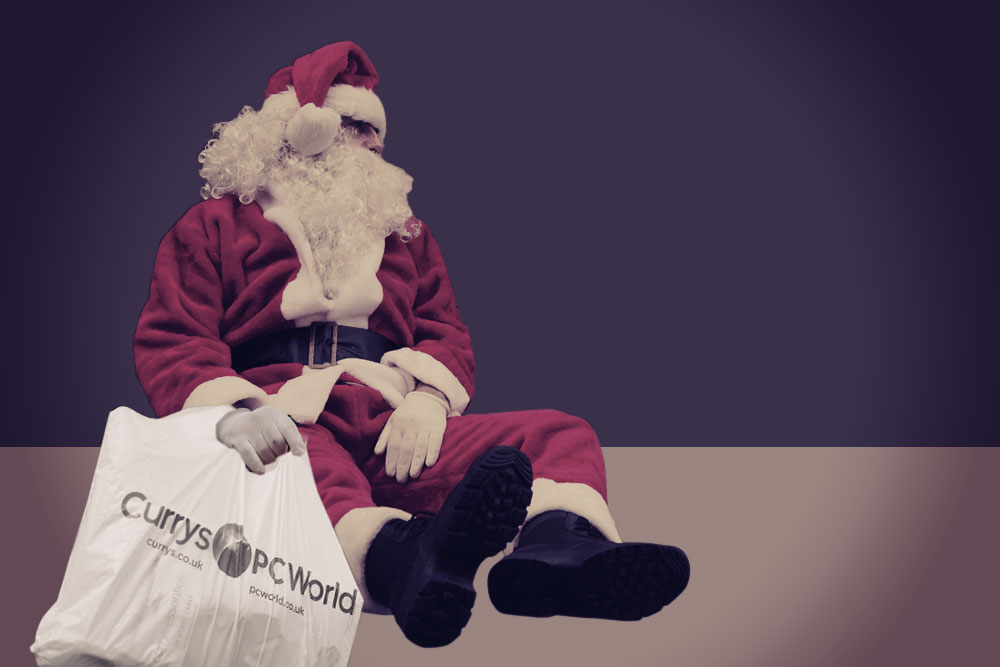 It’s always at this time of year, where we give ourselves a false sense of charitable spirit by spending obscene amounts of money on unwanted gifts for ungrateful relatives and friends.

We all keep up the meaningless and unemotional facade of being happy with our new ‘smellies’ and cheap bottles of Aldi wine when, in reality, we just cannot wait to escape the hairy lips of sozzled elderly relatives so we can open a bottle of Jack Daniels and settle down for the night in front of Dr Who and other overblown Christmas specials.

Maybe, though, we should spare a thought for those unfortunate souls amongst us. Those who, at this time of year, feel as lost and out of place as a turkey who was looking forward to receiving some pressies from the kind and portly farmer, but instead finds itself in the undignified position of laying arse upwards on a baking tray while the farmers wife sadistically sodomises it with it’s own innards and various vegetables.

Ladies and gentlemen, may I present to you the freelance graphic designer…

This is someone whose only purpose in life is to wander from office to office, spreading designerist joys like a Wacom pen equipped Santa, with a sack full of Photoshop mock ups, logo ideas and brochure layouts. At this time of year, though, when offices close and marketing departments around the world cease to market, the freelance designer feels alone amongst the many.

The full-time employed look forward to a lovely long break over the festive period, where they can drink away the guilt of working for evil corporate overlords, but the freelancer needs a place to go, somewhere to lay his vectored hat.

Ok, so they might design some Christmas themed and heavily Photoshopped funnies for family and friends, posted over Facebook and Twitter to much forced hilarity, but inside, well, the designer is disturbed at the lack of purpose, direction, and hourly rates.

It’s then that they really start to descend into a spiral of depression and start to do things which they wouldn’t normally do; they move into a life of debauchery and sin, sinking to levels never previously thought possible.

I have been close to being this person myself, but have thankfully been saved from the brink by a loving family, and children who kept me occupied by constantly sending me out to buy new batteries for annoying new presents. Some, though, are not so lucky.

I spoke to one, who I will not name so as not to cause any more embarrassment, who had once become so depressed that he stumbled from one PC World to another until he finally gave in and bought a mid-range Windows laptop loaded with a copy of Vista. Upon waking the next day the scream of “Noooooooooooooooooooo” was so long and loud his neighbours thought that they were witnessing the turning of the stroppy teenage Anakin into Darth Vader.

So people, when you are pulling your crackers over your dinner just take a moment to sit and reflect on others, and if you know of any freelance designers, invite them into your fold… or, even better, instead of buying expensive presents spend a bit of money employing them to do a little job for you. Even if it is just a party flyer for New Years Eve or retouching some of your drunken Christmas pictures.