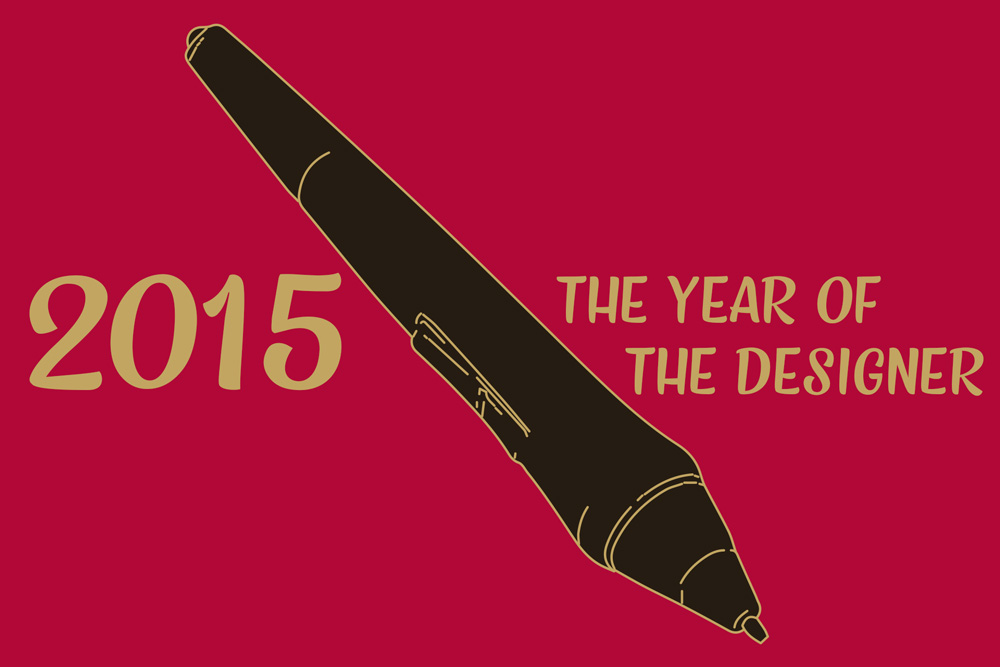 So a new year is here at last and, following on from the food fest and drink binges of the holiday season, we will again start to focus on our means of employment and the world we truly inhabit.

For me, as it is for so many others, that is a world of pixels and apps; of CMYK and RGB; of websites and brochures with special print finishes.

Over the years this world of design has seen many trends whizz through it at high-speed. Some stopping to admire the view (flat design seems to be here to stay for a while), and some thankfully just getting out of town after overstaying their welcome (I’m looking at you, glass effect buttons…).

But what does this new year hold for us? Will there be a new design trend that we haven’t seen in this past year, or will there just be a continuation of all the good work that has been done in 2014.

Will the way design services are being bought change? Will the industry become even more squeezed than it already is, or will the quality of design prevail over cheaper offerings.

To help, we at Souzou have put on our mystic hat, had a seance with our psychic cat, and have managed to speak to the great grandaddy of design that is Nostradamus (you should see his original workings, with experimental text and script typefaces all over the place…) to discover what is in store for 2015.

The much maligned in-house design teams have long faced ridicule and shame. Deemed not to be ‘proper’ designers simply because they don’t spend days pretending to lovingly craft the letters on a logo, when infact a font was downloaded and three days were spent researching beard grooming essentials…

However in 2015 this is set to change as, where it was once seen as just another service, another marketing aid, it is now starting to be perceived as a business critical marketing tool. With this in mind companies are realising that, while outsourcing seems to provide the required service, which it does by the way (come on, I need the business), in certain situations it could be more cost effective and provide a greater understanding if a skilled in-house team was developed.

As a designer I have worked in both an agency and a dedicated in-house team, and know that the in-house team is not solely manned by the HR executives best friends cousin, but by creative and dedicated individuals who, if nurtured, can provide an agency level service.

Ok, so this is a bit of a controversial one amongst some, but while 2014 was the much hyped (in some circles) year of code, this year code is going to take more of a back seat and coders are going to struggle a little to earn as much as they have in previous years.

The reason for this is that not only is the coders market oversaturated, something which happened with traditional designers a long while back, but the need for teams of dedicated coders is waning somewhat.

Tools such as Macaw and Adobe’s Reflow are starting to enable designers to do quite a lot of the work that front-end coders used to do. Not to mention the various ‘build your own website’ services such as WordPress and Squarespace that exist and can be adapted by designers with the right skill set.

Ok, so they are not amazing right now, in terms of the code that they emit, but they will continue to improve throughout the year and will be the go-to solution for many options that do not require extensively hand-coded projects.

For all you good coders out there, don’t worry you won’t become extinct. You will always be needed. But, as with graphic design and desktop publishing back in the old days, there may be less jobs in many of the areas which have been your sole domain for a long time now. 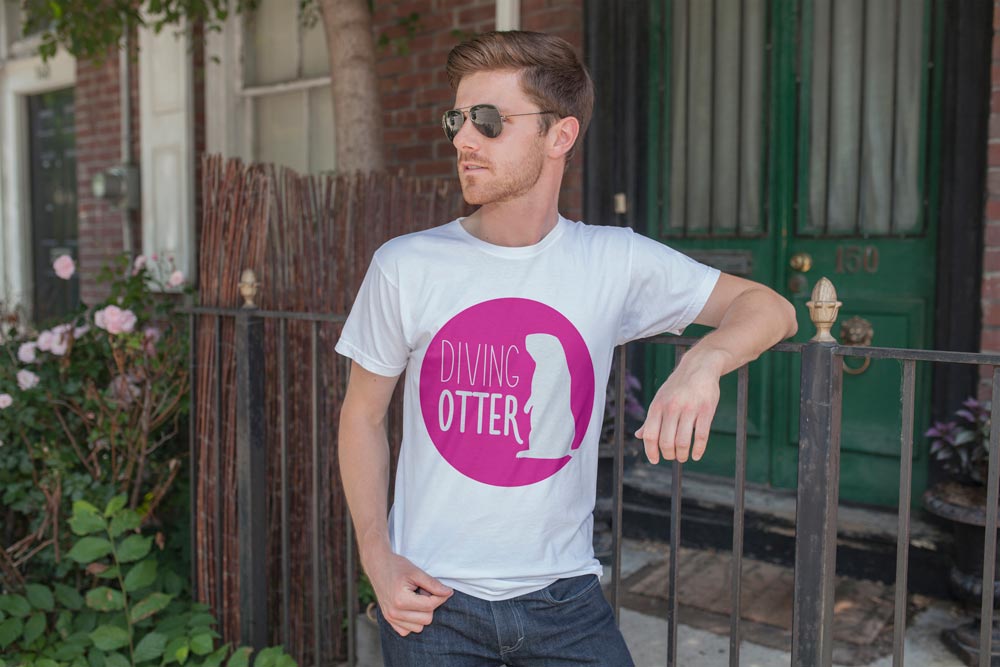 You see I personally think things have got just a little bit silly. You can picture the scene really. A few people get together, they have an interesting idea, they think it can sell well, but they just need a name. Something that will really create an understanding of their brand and product.

They go through lots of options. Some sensible, some just daft, some just too obvious with every URL they can think of taken already.

Then the maverick marketing guy leans back on his chair, pings his braces and says; “Guys, I have it. A name that stands out from the crowd. A name that gives us a visual identity. A name that makes people think, wow, they are active and reactive at the same time… ladies and gentlemen, I give you, Diving Otter!”

The design of this logo is simple. A quirky handwritten font, a silhouette of an otter, all in a cerise circle. Done.

Ok, it probably doesn’t have longevity but then neither do most start-ups, and the quirky name trend is set to continue and explode up its own silly [expletive] in the coming year.

You read it here first folks…

4: See all that text you have written, can you delete it please…

That old school marketing person you see, hunched over their keyboard producing line after line of meaningless marketing blurb, well, they are going to either have to retrain as a plumber (which is probably better paid anyway), or move into the modern world.

The reason, and this is not a new thing but something that has been sneaking up for a while now, is that you can say a hell of a lot more with less.

Text heavy websites are on the downslide and this is mainly because things are being explained in a much more visual way. People don’t want to read paragraphs of waffle about your product when a few words, some infographics, and nice large images and icons do a much more appealing job.

It is the art of story telling that is winning over many fans on scrollable sites, and the idea is to focus on content which is rich and has something to say instantly rather than having something that is quite boring to look at and consume.

Apple are great at this on their site and, along with Google, are really pushing things forward in marketing and design.

The value of design is rising in the world. Maybe not in terms of actual wages (come on, you don’t actually want to be paid for doing this job do you?), but in terms of how design is thought about.

People want more visually impacting websites, they want brand identities that stand out, they want advertising that gets noticed and, to have all that, they are getting designers and agencies involved in projects earlier than they used to.

It has long been a habit of getting developers to work up an app or website idea, for example, and then passing it over to the designer at a late stage to just ‘give it a pretty skin’. That is changing though. I have noticed a trend where the design is so highly thought of that businesses are starting with design first, and then the build second. Design principles are starting to be realised by those who don’t want to be left behind the competition before they have even entered the market, as competition is so tough.

We have, in some ways, been down and out for some time now, but we are getting up before that final count of ‘ten’, and are punching our weight yet again.

So, to wrap up, I would like to introduce you to 2015, The Year of the Designer.